Disaster! After a promising start to November mum suffers a series of falls and on the 19th of November she is admitted into hospital. I requested to the care home that they insruct the key worker who accompanies her to insist that she has a brain scan straight away to avoid a repeat performance of last time where it was two days before she had a brain scan and confirmation of a stroke. In conversation with the assistant manager of the care home I was told that she had been given a brain scan, however, when I finally get through to someone on the CDU ward and speak to a human instead of a recorded message, on Sunday evening I discover that she hasn’t been given a brain scan. I request one but they say the best they can do is to put it in her notes for when the doctor does their rounds the following morning. Argh!

The doctor rings me around 10am and agrees that she is a high risk stroke patient and that she should have a scan. She arranges a brain scan for mum which takes all day and at 4:30pm on Monday the 21st Nov, three days afterwards, confirmation comes back that mum has indeed suffered a third serious stroke, this time it is on the other side of the brain.

When I call the next day, I find that she has not been transferred to the stroke ward and is still on the CDU ward. I inquire when will she be transferred and when the staff nurse rings me back she says they are not going to transfer her at all and that they are going to manage her from the CDU ward with a view to sending her straight back to the care home in a wheelchair and with no change to her anti-coagulation medication.

Exasperated, I contact her previous consultant whom we saw recently and ask if she can get mum onto the right ward. I also request a medication review and that she receive some stroke rehabilitation treatment. Unfortunately it takes six crucial days after her stroke before mum is finally on the right ward and rehabilitation can begin. A facebook member offers to pay for accommodation to stay in Brum while I get things moving. I spend three days in B’ham sorting things out on the ward. I don’t leave until I am satisfied she is on the right ward and receiving the right care.

Together we sang along to songs by ‘Deva Premal and Mitten’, and also ‘The Beatles’ and her spirits were lifted.

The consultant wants to have the DNR conversation with me and the physio therapist says its not worth pursuing rehabilitation because she does not understand the instructions and becomes too distressed.

She has also been reassessed by the Continuing Health Care team (CHC) who say she is eligible for a nursing contribution, but not CHC, and her carehome say that they would have her back if she was CHC but not nursing, (I think due to risk of falls as she can no longer walk but tries to stand and would need constant supervision), however, magically a room becomes available where she is already second on the waiting list and their assessment is that they are able to support her needs. Fantastic! This is the care home that I made my uncle come and visit with me three times. On Dec 23rd she is transferred straight from the hospital to her new placement. 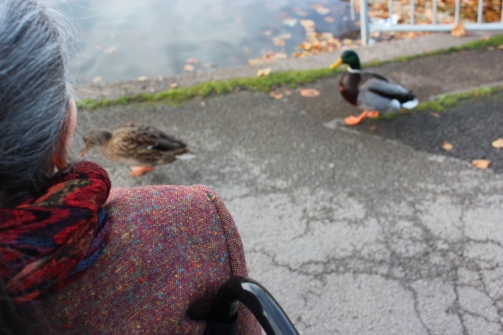 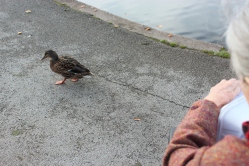 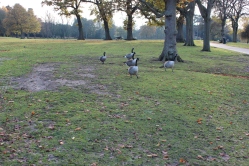 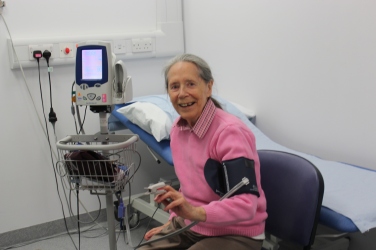